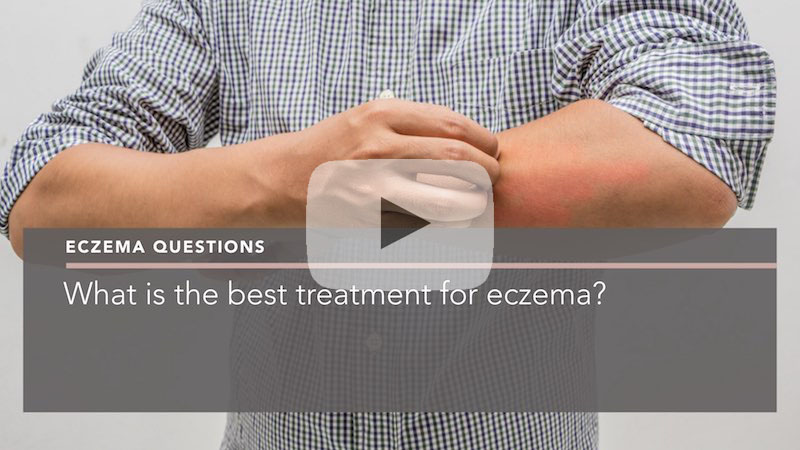 We interviewed dermatologist Penelope Pratsou to learn about the best treatments for eczema.

Penelope Pratsou: That depends on the level of eczema that you’ve got and where it is on your body.

I tend to go by the principle of three things, to begin with, and that’s three simple things, two of which you will do all of the time.

Number one is to avoid soap altogether. We wouldn’t leave you without anything to wash your skin with, but it’s a matter of using a soap substitute, something that is not going to inflame your skin or irritate your skin and something that’s going to do a good job of cleaning your skin.

FIND OUT HOW TO GET THE SKIN YOU WANT

The next step is moisturising, so top to toe if you can and as many times a day as you can do that, bearing in mind that you might not be able to do that in certain situations. Those are things that I ask my patients to do whether or not they’ve got any active eczema or not.

The third thing is the more active treatment and that generally tends to be a type of steroid ointment. That does depend on how severe and where your eczema is. Now that’s where I find that people tend to become a bit more resistant to things because we have it ingrained into us that we shouldn’t be using any steroid ointment because it thins the skin. Now obviously, as a dermatologist, I’m asking you to put your faith in me.

Penelope Pratsou: I’m going to explain, any time someone comes in, how to use the steroid ointment, what quantities to use and how to step up and down in treatment, so that you’re using it safely but more importantly, quite effectively. In certain situations, we might want to use an ointment that’s steroid-free. That comes with its list of possible side effects, but it’s also quite safe, and those are called calcineurin inhibitors. They’re in a different class of medication.

Now if you have quite extensive eczema and these treatments for some reason haven’t worked, then there would be an option to use light therapy or phototherapy. There’s also medication that you can take by mouth, and that’s something that we could or might need to discuss. Then there is a very promising treatment which is an injection, and it’s a biologic treatment as we call it, and it’s called dupilumab, which is a tricky word to say, but it’s a new kid on the block, and it’s there for severe types of eczema if we need it.

If you notice that you have any of the symptoms or conditions that we’ve just discussed, we invite you to book a consultation with Dr Penelope Pratsou. She’ll be able to assess your condition and give you a personalised treatment plan. 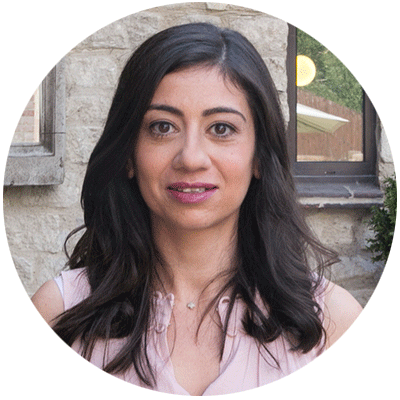 I’m Dr Penelope Pratsou, a skilled independent Consultant Dermatologist based in Berkshire. I have specialist expertise in the diagnosis and management of all skin cancers, and in performing mole checks. I’m a trained skin surgeon and remove skin cancers, moles, skin tags, cysts and warts.

I also have invaluable experience in dealing with all skin conditions, from the common skin complaints of acne, rosacea, eczema and psoriasis, to the rarer and more complex skin problems, having seen it all through years of NHS work.

After I obtained my Membership to the Royal College of Physicians, I undertook rigorous specialist training in dermatology, before being appointed as a Consultant Dermatologist at the Royal Berkshire Hospital, Reading. There, I helped set up and lead a busy clinic for the diagnosis and treatment of suspected skin cancer. I was also actively involved in supervising and training both dermatology and GP trainees.

Alongside my increasingly busy private practice, I have maintained an NHS practice in Oxford in order to continue to engage with challenging cases and to develop my specialist interest in skin allergy.

WHY SHOULD YOU CHOOSE ME?

We use cookies to track your use of our website. This enables us to understand how you use the site and track any patterns with regards to how you are using our website. This helps us to develop and improve our website as well as products and / or services in response to what you might need or want.

These cookies allow our website to remember choices you make and provide enhanced features. For instance, we may be able to provide you with news or updates relevant to the services you use. They may also be used to provide services you have requested such as viewing a video. The information these cookies collect is usually anonymised.
Go to Top